The Cost of Living in Granada

Living in Granada is cheap and therefore during your Spanish course at Escuela Delengua, you don’t have to spend a lot to have a good time. Yo 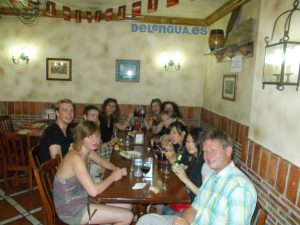 u can walk almost all over Granada because it is very small, but if you need to use the bus, to go to the bus station for example, it costs €1.20 but there are also discounts. Furthermore, it doesn’t cost a lot to get a bus to other places in Spain. It costs €30 for a return to Madrid, €40 for a return to Seville, only €10 for a return to Malaga and €10 to and from the beach. Eating isn’t expensive either. You can buy fruit, vegetables, cheese and meat cheaply at the local markets in the city to cook at home. The other cheap option is to go for tapas, a beer or a tinto de verano (red wine and lemonade) with tapas only costs €2 and after 2 or three tapas you will have already had supper! Eating in restaurants is also quite cheap, a paella costs €11 for one person or €18 for two people. Some restaurants offer some cheap menus with a starter, main and pudding including a drink. There a various tourist attractions which you don’t have to pay for like visiting the parks in the city or some of the churches, but even the a 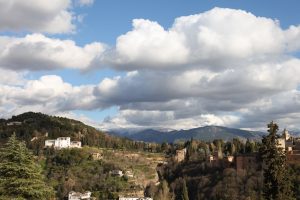 ttractions that you have to pay for are not expensive. The entry into the Alhambra costs €12, to enter the garden of Generalife will cost you €9, a ticket for visiting the Cathedral costs €3.50. On the web site for Escuela Delengua there is an official list of prices which proves that in Granada it is easy to enjoy yourself without having to spend a lot of money. It is a perfect place to learn Spanish if you want to do it economically and furthermore the school which is situated in the barrio of the Albaicín in the very centre of the city offers prices that tend to be amongst the most competitive.

1 response to The Cost of Living in Granada