Discover the wonders of Hispanic literature by taking a specific Spanish course at Escuela Delengua, Granada 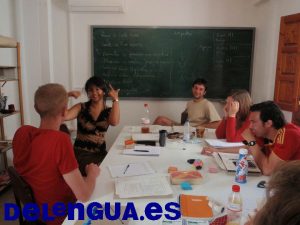 There are many facets to learning a language, and maybe one of the most important is understanding the culture and history of the countries where it is spoken. A great way to do this is by studying an essential part of any country´s heritage: its literature. Reading literature in a foreign language can be a daunting prospect – some texts in our own language are difficult enough as it is – but here at Escuela Delengua we make it more manageable with our specific Spanish literature course. The course consists of 2 classes per day, and it enables students to study and improve their Spanish whilst expanding their knowledge of literature at the same time. It is also possible to combine this course with our Intensive Spanish Course, enabling you to make the most of your stay in Granada with Escuela Delengua.

Delengua´s specific course in Spanish and Latin American literature starts off with an introduction to literary theory, and you will be taught how to use literary terminology in Spanish. You will then take the dive into the world of Hispanic literature, specifically taking a look at how historical events helped to shape the literature of the Spanish language. The course includes the study of the most important literary movements, such as the Renaissance, Romanticism, and arguably the most significant period in all of Spanish literature: the Golden Age, a period which contains some of Spain´s most well-known writers, such as Lope de Vega, Calderón, Quevedo, and of course Miguel de Cervantes. You will have the chance to read and discuss some extracts from the works of these writers: You could learn about Don Quijote´s epic battle with the windmills, or analyse the opening line that every Spaniard knows off by heart: “en un lugar de La Mancha, de cuyo nombre no quiero acordarme…” (Somewhere in La Mancha, in a place whose name I do not care to remember…).

After having looked at some older movements, Delengua´s specific course will bring you forward to the 20th century, where you will study some modern and contemporary literature, first by examining the movements within the period, and then by focusing on some of the figureheads of Spanish and Latin American literature. Some of the writers you may study include Pablo Neruda, Gabriel García Márquez, and Antonio Machado. You will also have the unique opportunity to study the life and works of Federico García Lorca in Granada, the city of his birth. 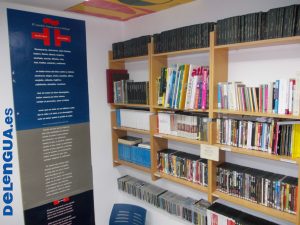 All of the above are examples of what a specific course for Spanish and Latin American literature at Delengua can include, but you also have a lot of freedom. The great thing about this course is that the classes are small (max 5 people), so if there are specific areas of Hispanic literature that interest you more than others, you will be able to focus on these. We also have a wide selection of books in our library if you would like to do some extra reading!

So if you´re learning Spanish and have a passion for literature, Escuela Delengua is the place to be! For more information you can visit our website or like our Facebook page.

6 responses to Discover the wonders of Hispanic literature by taking a specific Spanish course at Escuela Delengua, Granada